Based in the US, Kraken was founded in 2011 by Jesse Powell. After quickly raising $118 million in seed funding, Kraken initially offered bitcoin, litecoin, and euro trades.

However, Kraken’s big moment came in 2014, after Mt. Gox, a Japanese crypto exchange and one of the biggest in the world was hacked for $460 million. Kraken was involved with the investors’ fund recovery after the doomed exchange suspended trading.

Since then, Kraken has devoted itself to be the safest, securest crypto exchange for traders, and it claims to be the most trusted cryptocurrency exchange on the market.

Despite being one of the oldest exchanges on the block, Kraken is now one of the largest, serving customers in over 48 US states and 176 countries. Having never been hacked, it has one of the best reputations, too.

But what’s it actually like to use? In this Kraken review, we’ll cover everything you need to know.

Kraken offers a decent range of offerings, including fiat-to-crypto and crypto-to-crypto exchanges, as well as a swathe of advanced tools. Fiat currencies that you can use on Kraken include USD, CAD, EUR, and GBP. Kraken supports over fifty cryptocurrencies.

For more advanced traders, Kraken offers tools like margin and futures trading and staking, where users earn rewards for the coins held in their wallets. This is one of the perks provided by Kraken that set it apart from the competition. The rewards vary by currency.

The main difference between the verification levels is the limits on crypto and cash withdrawals.

The dark pool allows traders to secretly place large orders without alerting the rest of the market, keeping their trading anonymous.

Like most exchanges, Kraken has a maker-taker fee structure. The rate for both makers and takers decreases as the 30-day volume increases. This is the same as the fees for depositing and withdrawing funds.

This feature makes Kraken pretty unusual, as it has a volume-based fee schedule. Essentially, the more you trade, the fewer fees you pay, making Kraken great for traders and those of you who are more active in the markets.

Opening an account on Kraken is about as easy as it gets for secure crypto exchanges. To open a Starter account, you’ll need:

For Intermediate and Pro accounts, you’ll also need a valid ID, proof of residence, occupation information, and sometimes a social security and face photo depending on where you live.

However, due to regulations, Kraken doesn’t offer service in some countries, such a Cuba, Iran, Syria, and Afghanistan. There’s also no service in Washington State and New York State because of specific state regulations. If you live in New York or Washington states, you can apply for an account; then, if and when the regulations change, Kraken will open your account.

Depending on where you live, there can sometimes be restricted services on buying certain fiat currencies and cryptocurrencies. You can check out Kraken’s geographical info here.

Kraken offers no monthly limits across all their accounts, no matter what your account level.

As soon as you open up Kraken, you get a sense that they’re actually quite different from other crypto exchanges out there. Kraken’s website and app feature clean designs and colorful, bright illustrations that make it look more like a social media site than a crypto exchange.

This is all down to Kraken’s dedication to improving user experience. Their site is full of useful information, Q&As, and filtering systems to ensure you get the service that’s best for your needs.

Behind the well-designed facade, however, is a beast of an investing machine. Kraken has an advanced trading platform with its very own margin trading option powered by Trade Engine and is one of the favorites for experienced crypto traders.

With plenty of offerings with BTC, ETH, BCH, XRP, USDT, and low margin trading fees, as well as a clean, easy-to-use UX, Kraken is one of the most versatile and feature-rich exchanges out there.

Crypto exchanges aren’t known for their customer support. You can trawl their websites and apps for hours looking for a phone number or support email, and more often than not you’ll come back empty-handed.

While Kraken doesn’t offer a phone number or email, their customer support is still way better than most.

Kraken offers global 24/7/365 live chat, based in support centers with hundreds of on-call specialists. While you still might not be able to talk to a human if you have a problem, at least you can chat with them online.

Kraken also provides plenty of How-to’s, FAQs, tutorials, and infographics for its users. Kraken prides itself in supporting traders and helping them improve and, ultimately, make more money.

Kraken has never been hacked. As one of the oldest players in the feeding frenzy that is the world of crypto, that’s pretty impressive. This comes from Kraken’s dedication to security. While still a young company, Kraken watched Mt. Gox go down in flames, and it looks like they learned their lesson.

When it comes to security, Kraken has nearly everything – 2FA (two-factor authentication), email confirmation, globe setting time lock, granular API key permissions, SSL encryption, and more. If you’re still not convinced, you can benefit from Kraken’s next-level security, then just move your crypto to an off-site hardware wallet.

As for regulators, Kraken is registered as a Money Services Business (MSB) with:

With low transaction fees, 50+ cryptocurrencies, and a wide range of perks and rewards, Kraken is one of the fan favorites when it comes to cryptocurrency exchanges. Kraken is also one of the oldest and safest exchanges, boasting a solid reputation and over 6 million global clients. While there are exchanges out there that offer a wider range of tradeable assets, you will be hard-pressed to find one that’s as simple to use (and as secure) as Kraken.

While it offers services for a range of investors and lots of how-to’s for first-timers, its benefits really come into play for experienced traders and institutional investors, especially when you take their volume-based fee schedule into account.

Yes, Kraken is one of the oldest, most secure, most trusted bitcoin exchanges in the industry. It has a number of features to help users secure their funds, such as FA (two-factor authentication), email confirmation, globe setting time lock, and granular API key permissions.

Yes, Kraken was founded in 2011 and has more than 6 million global clients in 176 countries worldwide. Kraken is registered as a Money Services Business (MSB) and is also regulated by the Financial Conduct Authority (FCA), the UK’s primary financial regulatory body.

Has Kraken ever been hacked?

No. Kraken has never been hacked, making it one of the safest crypto exchanges in the world. 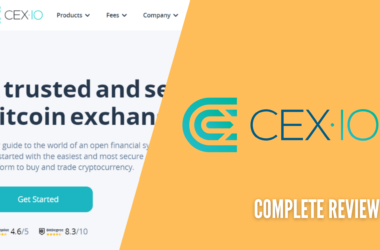 CEX.io Review – Everything You Need To Know

In the last ten years, multiple crypto exchanges have sprung up to cater to the burgeoning new industry.… 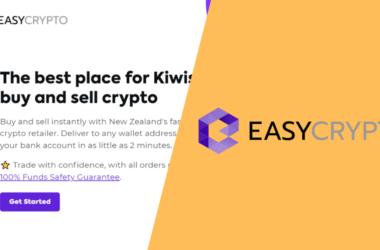 Easy Crypto Review – Should You Give This Exchange a Try?

Easy Crypto has been one of the top exchanges serving Kiwi crypto traders and beyond since 2017. It… 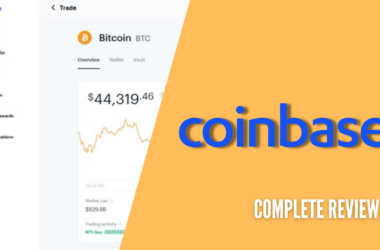 Coinbase Review – Is It Still The Best Place To Buy Crypto?

Coinbase is one of the most well-recognized and established cryptocurrency exchanges globally, offering a wide array of services…